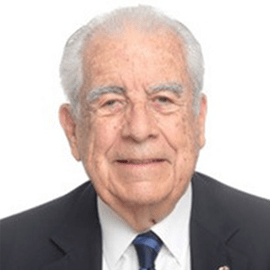 Favieres started his career in banking, and entered the Tourism Sector in 1978 as vice-president of the Board of Directors of Husa, the oldest chain in Europe and the largest Spanish chain in those years. In 1982, Favieres joined Occidental Hoteles as vice-president of the Board and minority shareholder. Occidental Hoteles had up to 80 hotels in 16 countries, from which he resigned in 2007.

He was founder and first president (2007 to 2009) of Inverotel, as well as special advisor to the Secretary General of UNWTO (United Nations World Tourism Organization), in addition to being president of Aldesa Turismo and president of Tateles Asset Management. He will open SUTUS by transferring his vision of the global tourism sector and the priorities, strategies, challenges and innovations it faces.