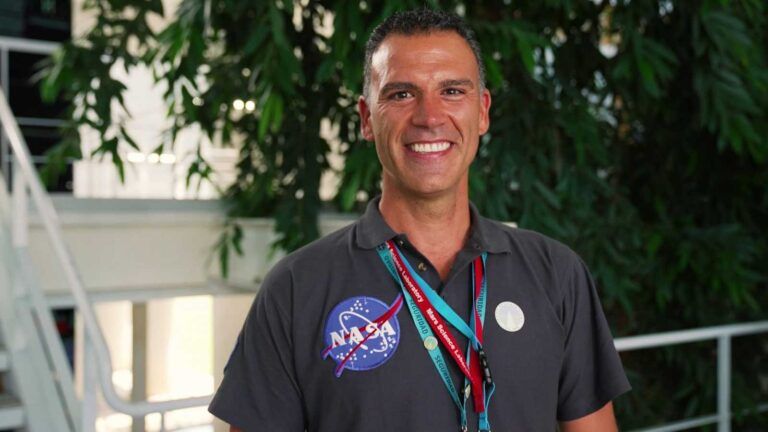 Jorge Pla-García is a Doctor in Astrophysics from the Complutense University. Jorge is currently an investigator for three NASA missions on Mars: REMS instrument (Curiosity rover mission), TWINS instrument (InSight mission) and MEDA instrument and NASA Atmosphere Council (both from the Perseverance rover mission). He worked for three years on ESA’s ExoMars Rosalind Franklin rover mission.

During his 15 years in space science, Jorge has worked in four research centers: the Canary Islands Astrophysics Institute (IAC), the Astrobiology Center (CSIC-INTA, Madrid), the Southwest Research Institute (USA) and the Space Science Institute (USA). . He has given lectures at the Jet Propulsion Laboratory (NASA-Caltech) and at the AGU (San Francisco), EGU (Vienna), DPS (Utah and Pasadena), MAMO (Oxford University), EPSC (Nantes, Riga, Berlin and Geneva) and JpGU (Tokyo) among others. His publications are accessible on Google Schoolar (~8,000 citations, h-Index = 35). Jorge professor of the Master in Astrophysics and Observation Techniques in Astronomy at the International University of La Rioja. In September 2021, he was selected by the ESA as one of the 1,361 applicants, out of the 22,523 submitted, to carry out the tests of the ESA astronaut selection process.