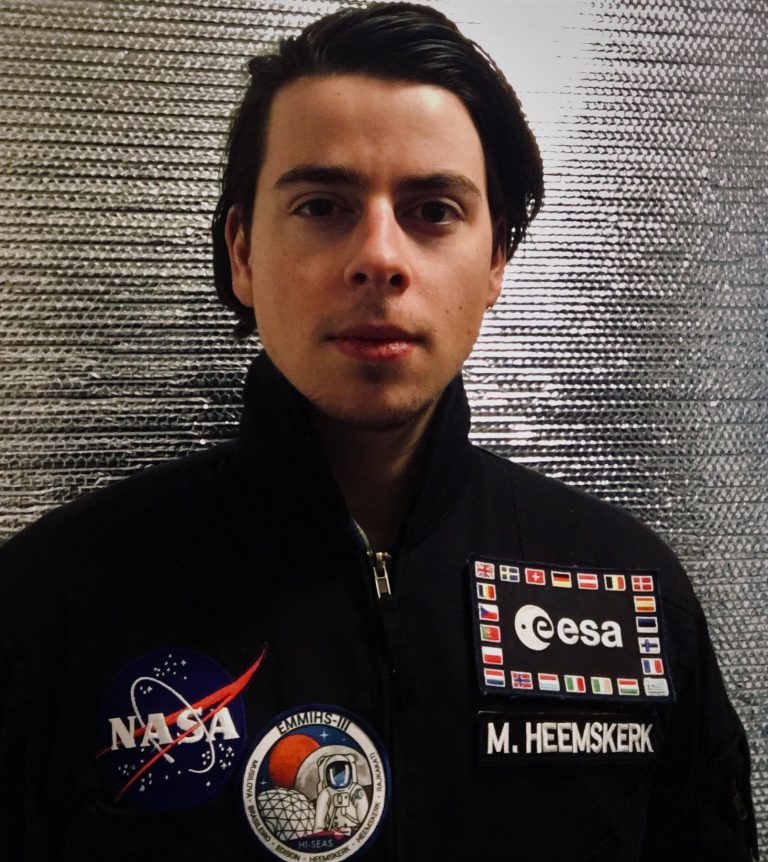 Marc Heemskerk is a student researcher from Amsterdam, where he specializes in Moon and Mars In-Situ-Resource-Utilization (ISRU) and habitation. With an extensive background in the Earth sciences, he focuses on the opportunities and challenges the local geology has to offer and how it can benefit humanity in going further: Beyond Earth.

He challenges current viewpoints on survivability outside of the comfort zone of our planet, and looks into ways of extracting water, oxygen, and even rocket fuel from locally sourced resources, such as rocks, ice, and soils. Keeping up with his roots in the Earth Sciences, he has launched several space-analogue campaigns – on Earth – to study how to live inside the Moon, by going into naturally occurring lava caves and studying the feasibility of future astronauts living there.

His latest mission, called CHILL-ICE, takes us to a lava tube in Iceland, where the first steps toward lunar lava tube habitation are being taken. With an interdisciplinary team with members of over 16 countries, CHILL-ICE boosts international collaboration and urges young researchers and students to go outside of their comfort zone, or even outside the planet!