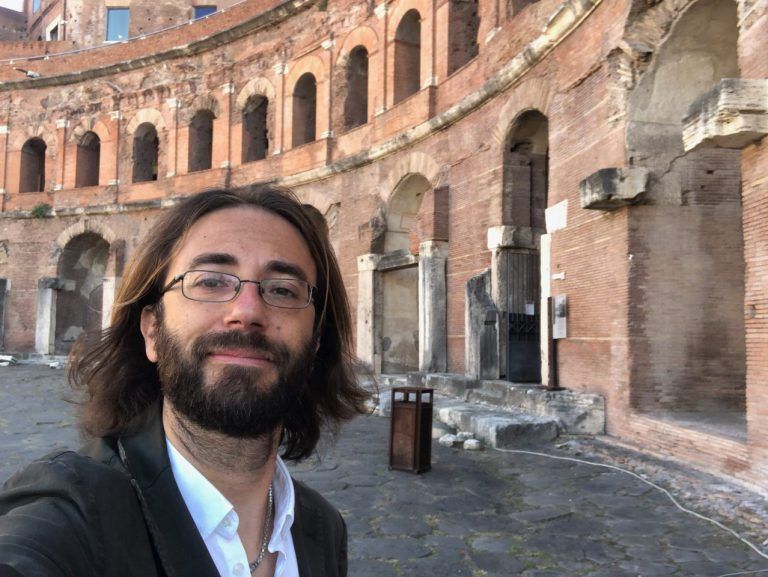 Michele Stefanile is a Senior Research Fellow at the University of Naples Federico II, where he is currently devoting himself to the study and digitization of more than 3.000 Latin inscriptions from Pompeii.

He has been responsible for the laboratory courses in Archaeology of Submerged Structures and Archaeological Communication at the University of Naples “L’Orientale” and he has been working as a tutor in the iOS Foundation Program, in cooperation with Apple inc., for the development of mobile app related with Humanities and Cultural Heritage. He has been giving lectures in the Universities of Napoli, Roma “La Sapienza”, Salerno, Sassari-Oristano, Aix-en-Provence, Wroclaw, and he in 2018 he was professeur invite at the University of Toulouse II Jean Jaurés.

He works also for the ISCR-Italian Institute for Restoration, as underwater archaeologist, in the MUSAS Project (Monitoring and Enhancing Underwater Cultural Heritage in Campania, Puglia and Calabria).

He is also involved in the Océanides Project, he is an active researcher in the group of the EDR-Epigraphic Database Rome, and he is actively collaborating with the universities of Cadiz and Toulouse.

He published 2 books, more than 70 papers in scientific journals and more than 80 articles for different magazines (BBC History Italia, SUB, Bolina, Arte Magazine, ArcheoNews). He is  alsoa blogger for the Italian edition of the Huffington Post.

He has taken part as a speaker in more than 100 conferences in 11 different countries.

He took part in the production of documentaries for BBC, History Channel, National Geographic and Discovery Channel.

He is in the executive board of the GAMA – General Association of Mediterranean Archaeology; he is a member of NAS – Nautical Archaeology Society; AIA – Archaeological Institute of America; SHA – Society for Historical Archaeology; ANA – Associazione Nazionale Archeologi.

Since 2010, he has been the regional coordinator for the underwater activities of the volunteers of the GruppiArcheologicid’Italia.

Since 2009, he has been the director of the training center in Underwater Archaeology of the Centro Sub CampiFlegrei (Pozzuoli, Napoli).

He is an expert diver (PADI Divemaster – CMAS Archaeology Diver) and he has worked in the Archaeological Underwater Park of Baiae as a diving guide.