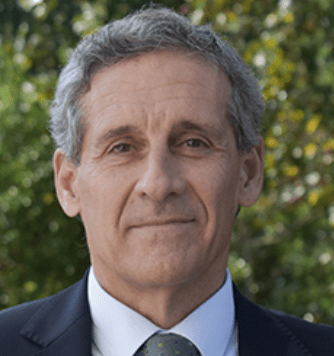 Since 2000, he has been CEO of the international organization Atlantic International Research Center (AIR Centre) and between 2021 and 2022 he has chaired Eureka, the largest global network for innovation in international cooperation, with 50 member countries.

Between 2001 and 2019 he was CEO and founder of the DEIMOS aerospace group companies, with subsidiaries in Spain (DEIMOS Space, DEIMOS Technological Applications, DEIMOS Imaging), in Portugal (DEIMOS Engenharia), in the United Kingdom (DEIMOS UK), in Romania ( DEIMOS Romania) and in Italy (DEIMOS Italy). He also acted as promoter and responsible for the launch of the first two Spanish Earth observation satellites: DEIMOS 1 and DEIMOS 2.

Between 1985 and 2001 he worked for the space company GMV and was director of the company’s team stationed at the European Space Agency (ESA) at its operations center in Darmstadt (Germany), as well as director of Mission Analysis and Engineering and director of Institutional Space Programs.

Doctor in Aerospace Engineering from the University of Braunschweig (Germany)

Aeronautical Engineer from the Polytechnic University of Madrid.

In his career, his status as member of the Board of Trustees and Full Member of Section 2 (Engineering Sciences) of the International Academy of Astronautics (IAA) stands out; of the Astrodynamics Committee of the International Astronautical Federation (IAF) and chairman of the Constellation and Mission Design Session of the IAC Astrodynamics Symposium. He is also a member of the IAA Space Traffic Management Committee and the European Space Agency Space Debris Advisory Group (SDAG) and visiting professor of Celestial Mechanics at La Sapienza University of Rome.

SUTUS editions: 2022
Share this...
We use cookies to ensure that we give the best user experience on our website. If you continue using this site we will assume that you agree.I agreePrivacy Notice