What will vacations in space be like? The answers in SUTUS 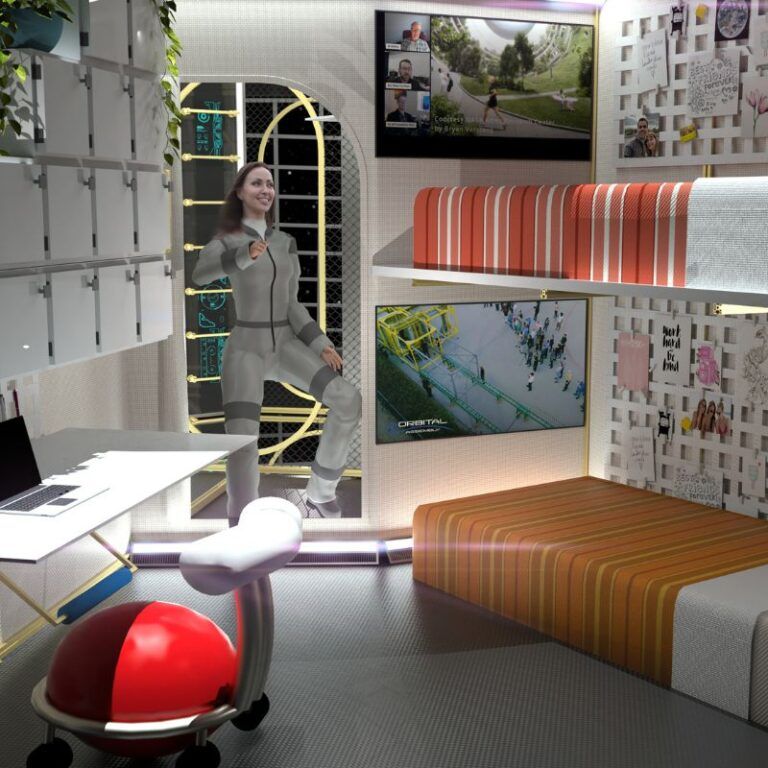 What is it like to eat in space? Do you have to prepare a lot to go to space? Is space just a tourist destination for millionaires? Do you sleep well in space? We have asked ourselves all these questions at some time when thinking about traveling beyond our planet and we will have all the answers at SUTUS by Les Roches Marbella from September 28 to September 30.

The third edition of the space tourism summit, among many other aspects, wants to provide answers to questions that the vast majority of people ask when talking about space. And for this, it will have protagonists who are authentic references in the space sector: Susan Kilrain, retired astronaut commander, Simon Jenner of Axiom Space, Hiroko Asakura of JAXA (the Japanese space agency), Nancy Vermeulen, private astronaut trainer, Boris Otter, from Swiss Space Tourism, Bernard Foing, from EuroMoonMars or Tim Alatorre, whose company Orbital Assembly Corporation intends to build the first hotel in space within a few years.

Training and how to sleep in space

One of the people who can best answer some of these questions is Nancy Vermeulen, a private astronaut trainer at the Space Training Academy. Vermeulen, air pilot and coach, will explain at SUTUS 2022 one of the most common questions related to the world of space: How do you train an astronaut?

Vermeulen affirms that each one of the people who live on the planet is an astronaut and that they can contribute their grain of sand in this space race that has been working for so many years: “All of us have our own specific strengths and talents. Using them, we can build a bridge between the present, the past and the future. It is the glue that will hold humanity together.” 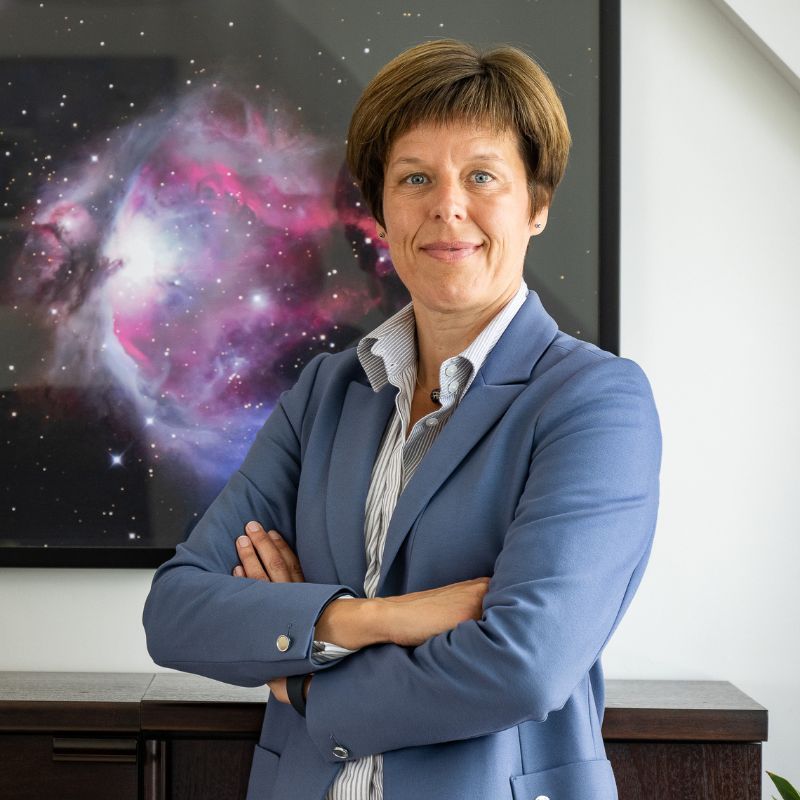 Become an astronaut? “Children dream of flying into space. I also. For me, going to space was a mission.” Vermeulen assures, hence his resounding thought that anyone, with effort, can become an astronaut”

Everyone recognizes that astronaut training is fascinating, but for Vermeulen what is really fascinating is mental training. “Students tell me that they especially remember how they are able to push their physical and mental limits. The training literally changed their perspective, because in the end they are able to see the big picture and that is probably the most important part of the whole experience.”

To achieve all the goals that are intended in space, Vermeulen launches a key message: “You don’t have to be a scientist or a pilot to be part of space. If we use everyone’s talent, we will achieve great things. We are like bees. Each bee has a specific long task to help the colony survive.”

What do you do days before going to space? “Before going to space you are in quarantine, you spend a lot of time in isolation. You don’t want the crew to get sick and then you don’t have time to spend with your family. “Only the last day before you leave, he takes you to a house on the beach where you can be accompanied by a special person. I spent it with my husband”, advances Kilrain. 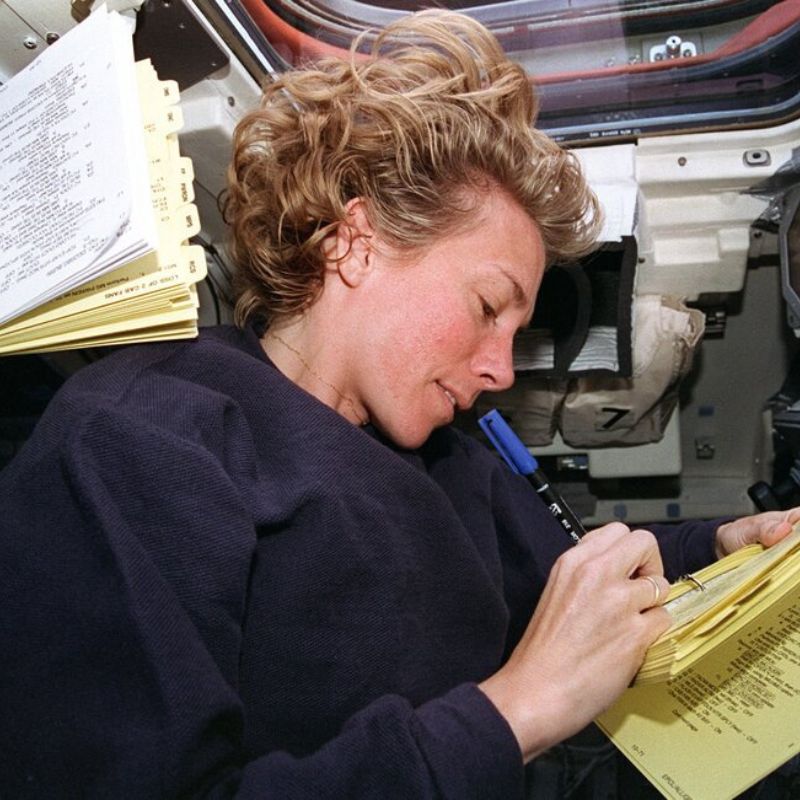 And to the question that is so complicated to answer about what it feels like to be in space, Kilrain assures that “it feels like floating, but it is different. Most astronauts get sick to their stomachs. There are medications that can be taken. Most of them feel bad for the first few days and it is also difficult for them to control themselves”.

For Kilrain, the strangest feeling is “that of sleeping, because you don’t weigh anything and you don’t sit up in bed.” And he assures that it is very beneficial for the heart “to exercise in space. It can’t work the same when you come back if you haven’t done cardio.”

Is space tourism a reality?

But perhaps one of the main questions is whether space tourism will really be a reality in a short period of time. For many of the speakers at SUTUS 22, such as Boris Otter, President and Founder of Swiss Space Tourism, the answer is ‘definitely yes‘. “Thanks to space companies such as Blue Origin, Virgin Galactic, SpaceX, Axiom and others, it is now possible to fly closer to the frontier of Space and even cross it through the Karman Line, located 100km high.” 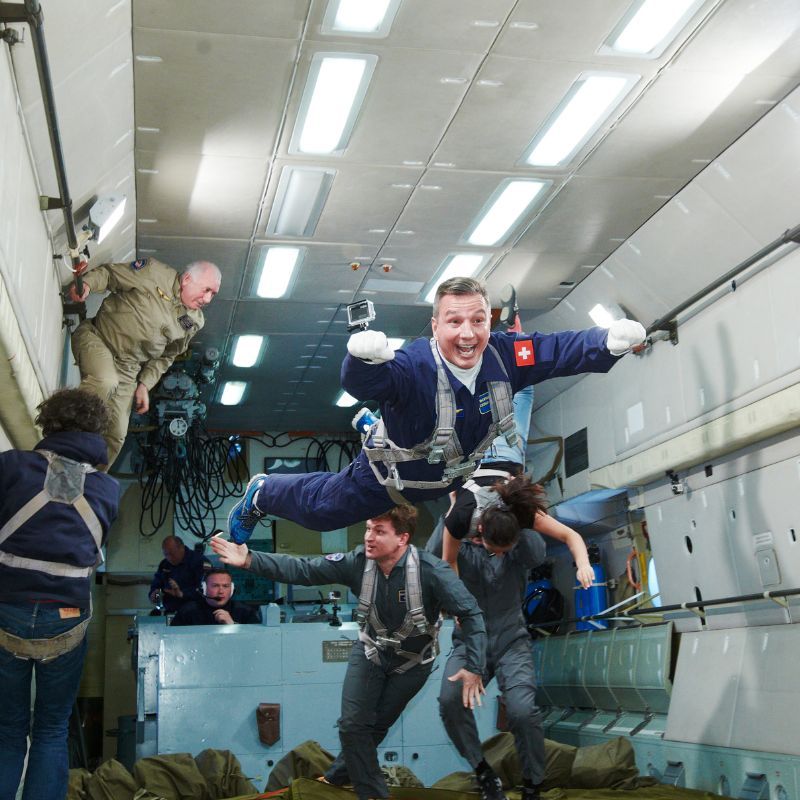 Once that objective has been fulfilled, there is a new goal marked in red in the space race according to Otter: “Take the space tourist to the Moon”.

For Simon Jenner of Axiom Space, the thought is similar to that of Otter, since the future of the International Space Station is “to become a true city where thousands of people can live and work and spend much of their time on low ground. , experiencing weightlessness and observing the beauty of the earth”.

And for this reason there are already titanic projects such as EuroMoonMars, by Bernard Foing -who will also be a speaker at SUTUS 2022-. According to Foing, this project “has been working for 10 years on training young professionals to investigate and be astronauts” because the next objective is to “prepare to have a sustainable presence on the Moon, with a habitat and human and robotic collaboration”

It seems that space tourism is already a reality or will be in a short period of time. And it is that projects such as Orbital Assembly, an American company to which Tim Alatorre belongs, demonstrate this. Alatorre will present in Sutus 22 the first accommodation for space tourists between 2025 and 2027. It is not science fiction, it is a reality that Alatorre assures.

The plan of Orbital Assembly, a space construction company based in the United States, is to launch two space stations with accommodation for tourists: the first as early as 2025 and the second scheduled for 2027.

The Pioneer station, which will be operational in just over three years, will have the capacity to hold up to 28 people. On the other hand, the Voyager station, with its first components scheduled to launch within five years, will be able to accommodate up to 400 people once it is completed.

But for this, you have to overcome the problem of microgravity. “I have had the opportunity to speak with several tourists who have spent several days in orbit and so far what they have liked the most has been microgravity, being able to go around to float (float, fly), but what they have hated the most has also been been microgravity, just the way your body makes you feel.” Our approach is to take a high-gravity stage where people live in an artificial gravity environment, but then go into microgravity to recreate and do space activities.”

“The reason we’re so focused on this is because we think microgravity is not only uncomfortable, but it’s actually unethical to have people in microgravity for a long period of time. We are working to make the space accessible to people who want to be upstairs, live and work, and run the space,” says Alatorre.

The SUTUS 2022 conferences can be followed through the Medina Media Events platform, prior registration and registration that will open a month before the event. SUTUS 2022 is promoted by Les Roches and has the support of the Ministry of Tourism of the Andalusian Government, Tourism and Planning of the Costa del Sol, the Marbella City Council, Extenda, Acosol and Pisces VI.