The world stars of space and underwater tourism, heading to Marbella for SUTUS22 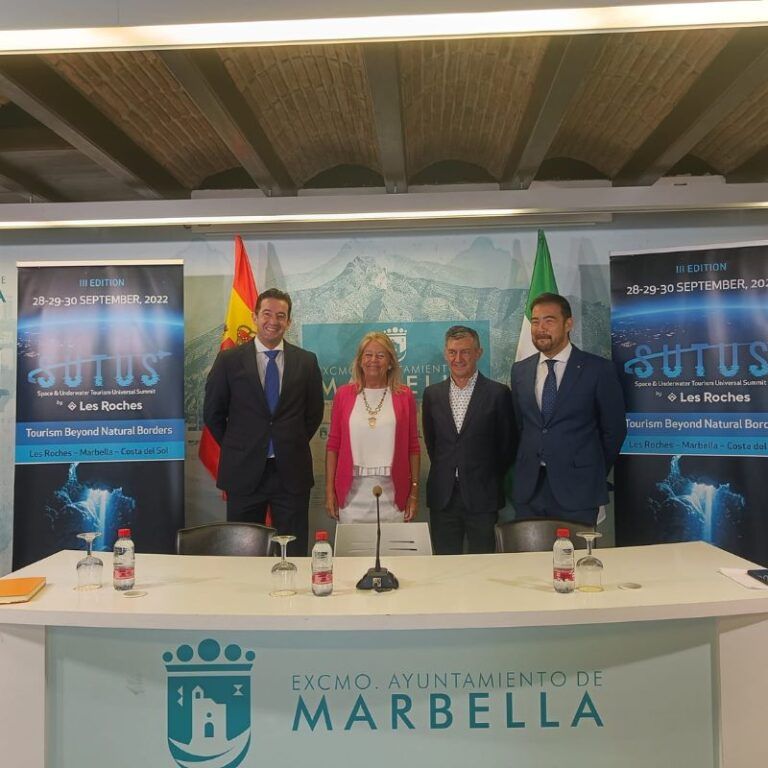 Marbella will host the third edition of the international space and underwater tourism summit, SUTUS by Les Roches, which will be held from September 28 to 30, with a face-to-face opening day and two virtual days.

Carlos Díez de la Lastra, CEO of Les Roches, assured in today’s presentation ceremony that “the SUTUS by Les Roches congress grows every year and in this edition we have an agenda of an unbeatable level. In four years we have turned Marbella into the world epicenter of space and underwater tourism”.

On the other hand, Díez de la Lastra has commented that “there is no other congress in the world equal to SUTUS due to the high level of the companies that participate. On the Costa del Sol we are at the forefront of innovation and exploration and we must remember that the great explorations worldwide were carried out from these coasts and we hope to continue leading the exploration of new horizons with SUTUS”. 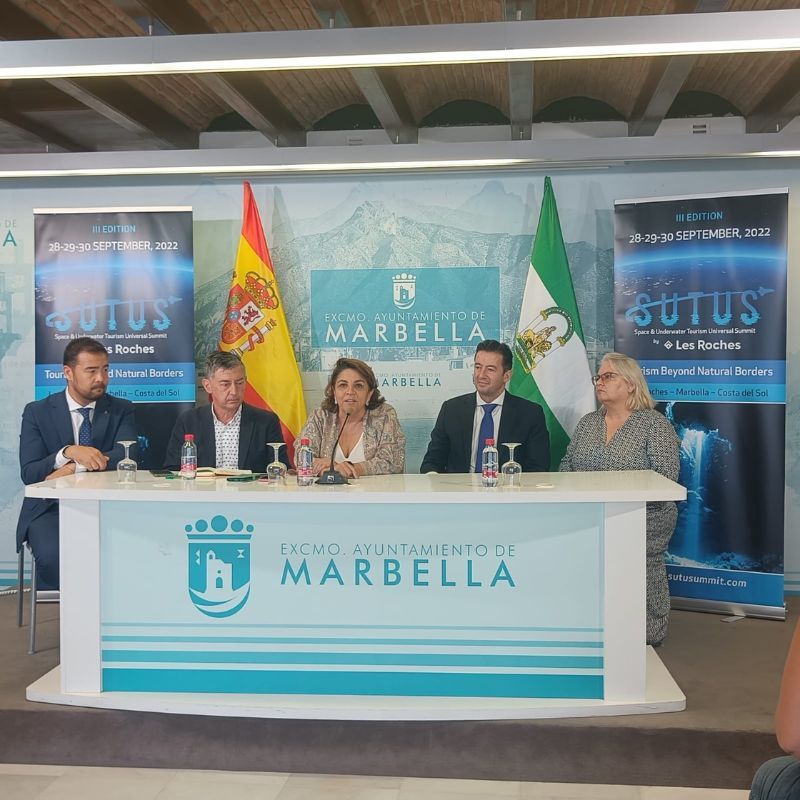 SUTUS 2022 will have more than 50 speakers, who will talk about the latest developments in space tourism and all the present and future challenges of underwater tourism. A total of 12 countries from up to 4 different continents (Spain, the United States, Australia, Japan, France, Austria, Switzerland, Belgium, Italy, Singapore, the United Kingdom and the Netherlands) will be represented at SUTUS by Les Roches among speakers, companies and institutions.

Regarding the business world, more than 30 companies will present their projects during the three days of the event, such as Orbital Assembly, Space VIP, Axiom Space, Earth 300, Pisces VI, Zero 2 Infinity, SubMerge and Green Moon Project, among others.

Laura del Arce, General Director of Tourism of the Marbella City Council, has assured that the city of Marbella wants to be an absolute reference in underwater tourism. “Space and underwater tourism is not something of science fiction, it is a reality and Marbella has a capital interest in developing actions and especially supporting underwater tourism”.

Also very notable is the participation of the most important space agencies worldwide, the American NASA, the European Space Agency (ESA) and the Japanese (JAXA). In addition, entities such as the International Space University (ISU), the Space Tourism Society (STS) and the Swiss Space Tourism Agency (Swiss Space Tourism) are added.

The organizing companies Les Roches Marbella and Medina Media Events go hand in hand in this third edition of SUTUS, as stated by Mano Soler, director of Les Roches Marbella: “SUTUS is an event that is in line with the DNA of Les Roches that does not is to follow trends but mark them. In addition, SUTUS is also part of the training that the more than 1,000 students from 93 countries who study at Les Roches will receive”.

Michael López Alegría, the first astronaut born in Spain to go into space, will be the speaker of honor with a virtual intervention from Paris. Next, great personalities such as Simon Jenner, from Axiom Space, Pascale Ehrenfreund, from the International Space University and who has an asteroid named after him, Bernard Foing from Euro Moon Mars (a project whose ultimate goal is to explore the Moon and Mars) , Boris Otter from Swiss Space Tourism and Tim Alatorre, from Orbital Assembly (a company that intends to build the first accommodation for tourists in space) will be protagonists in this first face-to-face day in Marbella.

From the underwater world, the opening day in Marbella will feature Scott Waters from Pisces VI, the deep-sea submarine that offers diving trips to depths of 2,000 meters in the waters of the Canary Islands, Aaron Olivera, from EARTH 300, a luxury superyacht that combat climate change and Javier Noriega, president of the Andalusian Maritime-Marine Cluster.

Attendees will also be able to enjoy a demonstration area on this opening day, from experiencing what it is like to be in space through a planetarium, how astronauts sleep when entering the space habitat or the characteristics of wines that age in warehouses under the sea.

In the presentation act, the content of the virtual sessions of SUTUS by Les Roches, which will be held on the 29th and 30th, has also been advanced. Thus, the space will be the protagonist on the second day with people of international relevance such as John Spencer, president of the Space Tourism Society who will speak on “Space Economy”, Sam Scimeni from NASA and Hiroko Asakura from JAXA, Commander Susan Kilrain, considered one of the best astronauts in the world, astronaut trainer Nancy Vermeulen or Roman Chiporukha , from Space Vip, among others.

The immense world of the ocean will be the protagonist on the last day, on September 30. Fabien Cousteau will present the International Ocean Station, Jason deCaires will show his sculptures and museums under the sea, Tomer Ketter will talk about travel and immersion adventures, and Michele Stefanile and Carlota Pérez-Reverte will talk about underwater archaeology. The national accent of this day, in addition to Carlota, will be put by Jorge Pla and Carmen García-Roger, Spanish candidates to be ESA astronauts.

SUTUS by Les Roches is, as Renée Kachler of Tourism and Planning Costa del Sol has assured, “a great opportunity for the province. At Diputación we are committed to underwater tourism with the Senda Azul project that seeks to give value to companies related to the sea”

Registration to attend SUTUS 22 by Les Roches is now available on the official website. All sessions can be followed after registering through the Medina Media Events virtual platform, which is now available for registered attendees. In it, those registered to SUTUS can schedule video meetings with other participants and speakers, in addition to visiting online demos and exclusive content.

SUTUS 22 is a privileged opportunity to publicize the successes of each initiative, each company, each university, each project and each city, in an event of international reference and with a first-class showcase. It is promoted by the Ministry of Tourism of the Junta de Andalucía, the Marbella City Council, Extenda, Tourism and Planning of the Costa del Sol, Acosol, Pisces VI and SubMerge.