The first national and international reactions to the Spanish Space Agency, tomorrow at SUTUS-Marbella 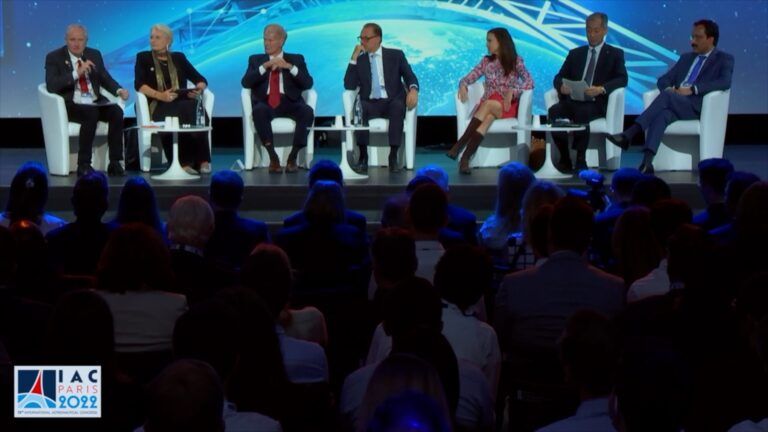 After announcing that the Council of Ministers has approved the procedure that the Government will follow to choose the headquarters of the Spanish Space Agency, which is intended to be operational in the first quarter of 2023, the main leaders of the International Space Agencies will give their first reviews, exclusively, at SUTUS by Les Roches on the opening day tomorrow, September 28.

We will also learn, first-hand, the first impressions of Miguel Belló, Commissioner for the Aerospace PERTE, who will close the opening day of SUTUS by Les Roches, expanding on the selection process for the headquarters of the AEE (Spanish Space Agency).

In addition, five cities/territories that aspire to host the Spanish Space Agency: Seville, Tres Cantos, Teruel, Canarias and Huelva, will give their reasons and arguments as to why they are considered the ideal candidate to host ESA.

Antonio Muñoz, Mayor of Seville; Jesús Moreno, Mayor of Tres Cantos; Maru Díaz, Minister of Science of the Government of Aragon for Teruel; José Luis Garcia, president of the Aeronautical and Aerospace Cluster of the Canary Islands; and Gabriel Cruz, Mayor of Huelva; They will be the ones defending the five candidacies.

Finally, prestigious international leaders in the space industry will give their first statements on this government decision, such as Pascale Enrenfreund, president of the International Space University, Boris Otter, President of the Swiss Space Tourism Agency, and Bernard Foing, leader of the European Moon Mars project.

Tomorrow, Wednesday, September 28, at the opening day of SUTUS by Les Roches, starting at 10 in the morning, we will have the exclusive opportunity to learn about all these reactions to this decision that puts Spain on a par with the vast majority of developed countries.

Registration to attend SUTUS 22 by Les Roches is now available on the official website. All sessions can be followed after registering through the Medina Media Events virtual platform, which is now available for registered attendees. In it, those registered to SUTUS can schedule video meetings with other participants and speakers, in addition to visiting online demos and exclusive content.

SUTUS 22 is a privileged opportunity to publicize the successes of each initiative, each company, each university, each project and each city, in an event of international reference and with a first-class showcase. It is promoted by the Ministry of Tourism of the Junta de Andalucía, the Marbella City Council, Extenda, Tourism and Planning of the Costa del Sol, Acosol, Pisces VI and SubMerge.