La Palma volcano: the rise of underwater tourism after its eruption, analyzed at SUTUS 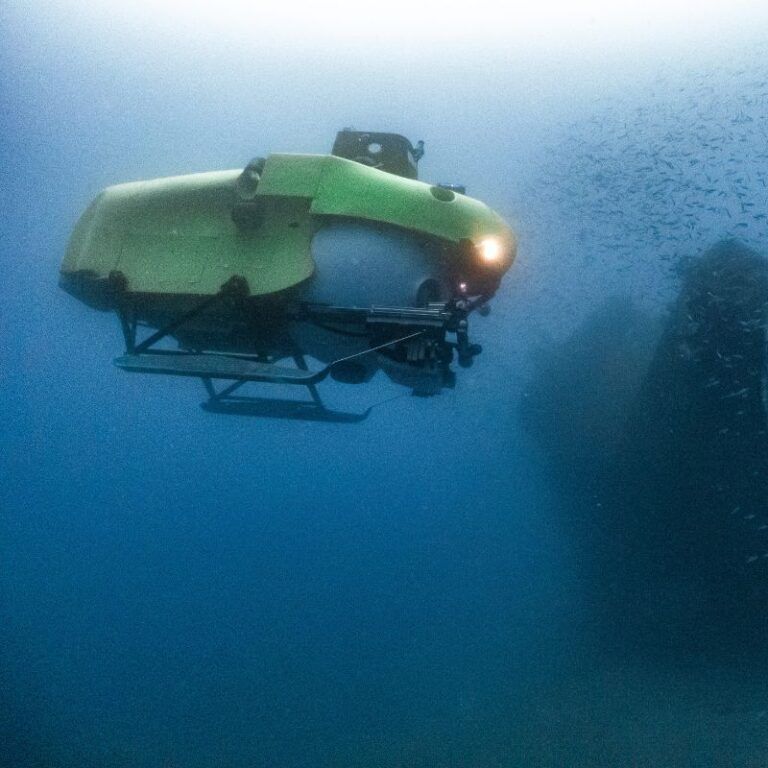 One year after the eruption of the La Palma Volcano, the SUTUS by Les Roches international summit will once again feature Pisces VI, which has become the only deep-sea submarine in the world that is studying the Cumbre Vieja volcano and offering dives tourism for its waters.

Its president, the American Scott Waters, will be the protagonist at SUTUS by Les Roches. In this third edition, which will take place on September 28, 29 and 30 in Marbella, it will tell about the next objectives of Pisces VI in reference to immersion tourism in the Canary Islands after the eruption of the La Palma volcano.

The Pisces VI submarine has been based in the Canary Islands since the beginning of 2021. A time that has been key in the study of the volcanic eruption of the island of La Palma. The operations center of the Pisces VI submarine is the Radazul Marina, in Santa Cruz de Tenerife. The reason is obvious, the island offers a whole field of study for scientists where the submarine is key to analyzing the deep sea.

The eruption of Cumbre Vieja has been an extraordinary opportunity for geologists from all over the world to study this fact in depth. And the Pisces VI plays a very important role here, since due to its design it can study the hydrothermal activity generated and the resulting marine life after the eruption. This submarine has state-of-the-art samplers, thermometers and analyzers that help your research. 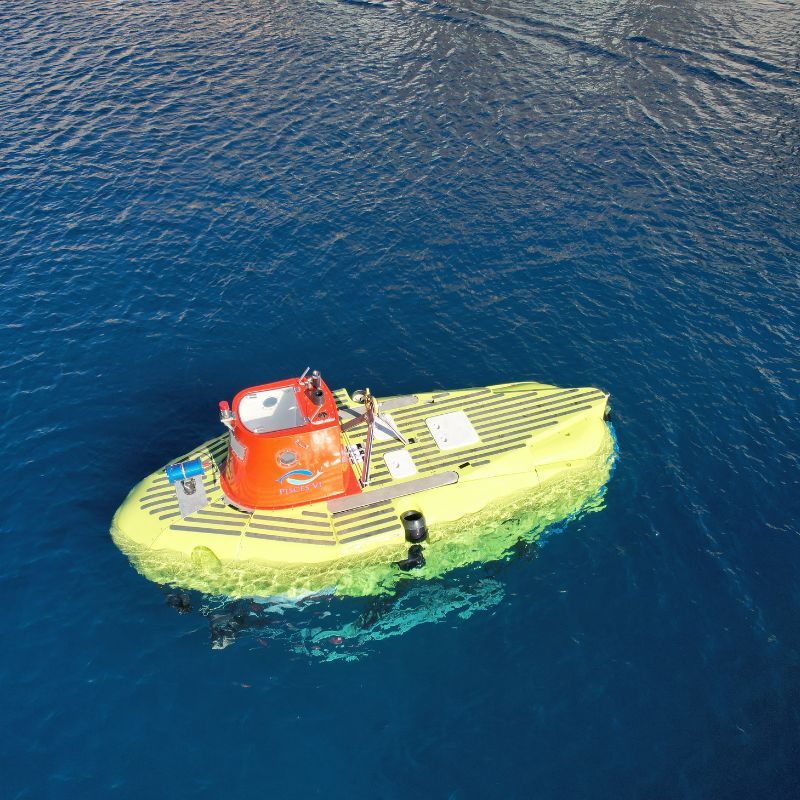 It should be noted that Pisces VI is not just any submarine, it is a deep-sea submarine. And there are only six in the world with these characteristics and almost all of them are public property.

This submarine has the capacity to house a crew of four people -one of them a pilot-. In addition, it is capable of submerging up to 2,180 meters deep with a normal duration of 8 hours.

The operation of Pisces VI is possible thanks to a pair of 7-horsepower variable geometry motors capable of driving the submarine at around 3 knots with a total weight of more than 8,000 kilos.

And of course, it is a state-of-the-art submarine equipped with the best technologies: high resolution sonar equipment, advanced communication equipment and robotic arms to manipulate objects in the depths of the water.

Pisces VI in research and tourism in the Canary Islands

Pisces VI has worked with the IEO -Spanish Institute of Oceanography- to reach several points in the Canary Islands where the ability to reach the bottom of the sea is required to understand what is happening in the deepest ecosystem of the Canary Islands: the mission of the submarine volcano of El Hierro and its evolution since it was formed a decade ago, the hydrothermal activity in the South of the Island of La Palma, or the study in search of giant squid in the deep sea of ​​the island of Tenerife.

Pisces VI has not only meant a unique opportunity to study the deep sea of ​​the Canary Islands. The eruption of Cumbre Vieja has attracted thousands of tourists and onlookers. A fundamental reason for the company chaired by Scott Waters to offer unique trips to the bottom of the sea.

Pisces VI aims for the client to become an explorer of the deep seas and live a unique experience. That the tourist can discover on this trip new creatures never seen before and geological wonders of the most hidden worlds on planet Earth.

One of his star expeditions is a dive to the active underwater volcano that costs about 8,000 euros. The other volcanic experience lasts for five days, which includes a reception at the oceanographic institution with the scientists, helicopter ride over the Tenerife volcano, land tour of the recently erupted La Palma volcano, underwater diving in the active volcano of El Hierro and finally a tourist underwater dive. This expedition is all-inclusive (food, drinks, accommodation, inter-island trips, etc.) and costs 15,000 euros. 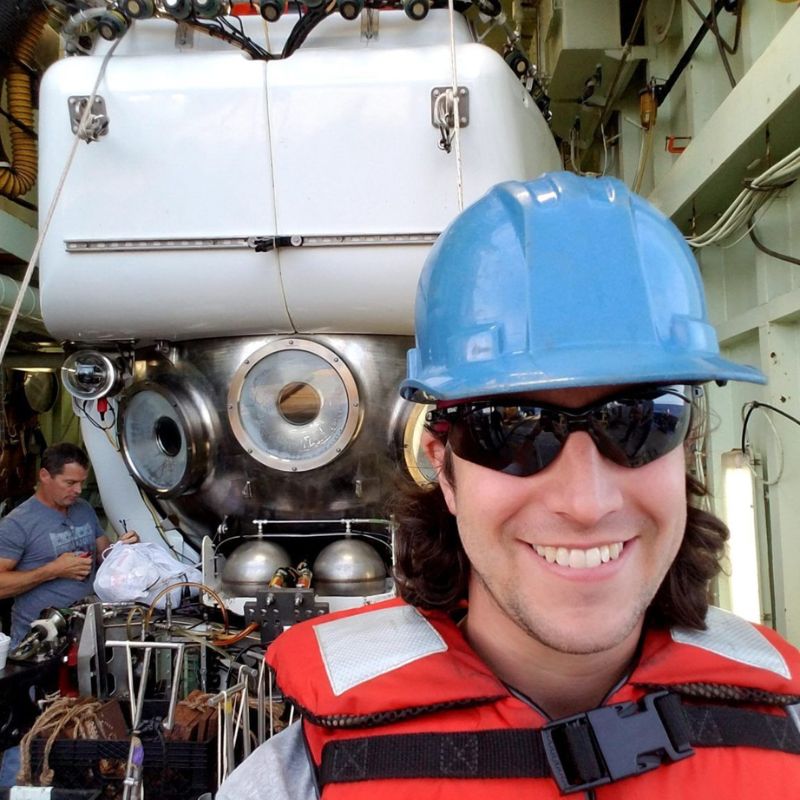 An adventurer under the water

Scott Waters began his passion for engineering, exploration, and entrepreneurship at a very young age, spending his time designing various submarines and spacecraft instead of paying attention in school.

In 2008, the construction of its first submarine, the “KW-350 Trustworthy”, began. Scott finished his first submarine and decided to pursue a career in human-occupied vehicles in dangerous environments.

In 2015, he purchased the Deep Sea Submarine Pisces VI and assembled a crew of experts to turn the submarine into a state-of-the-art science vehicle. Scott has worked with other submarines, including the DSV Alvin, on an expedition in the Atlantic and Pacific oceans. He is also involved in the aerospace and space sectors being on the Manned Spaceflight Tract for the Space Advisory Council in 2017. As well as holding an aviation pilot license.

Scott received the Eagle Scout Award as well as the Business Professionals of America National Finalist in Entrepreneurship. Scott’s goal in life is to increase human understanding of space and the ocean by lowering costs to make it more accessible.

SUTUS 2022 is promoted by Les Roches and has the support of the Ministry of Tourism of the Andalusian Government, the Marbella City Council, Extenda, Tourism and Planning of the Costa del Sol, Acosol, Pisces VI and SubMerge.