Marbella, capital of the Moon, Mars and planets 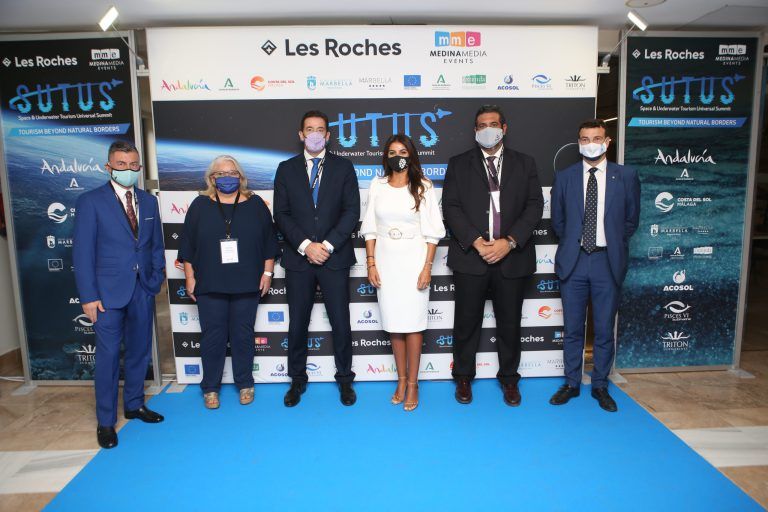 Bernard Foing, astrophysicist of the European Space Agency (ESA), opened the conference day, to explain the latest developments of ‘Moon Village,’ which seeks to create the first permanent human settlement on the Moon, within the Euro Moon Mars Mission project, which seeks to recruit astronauts, researchers and partners.

“We are currently actively looking for designers, technicians, scientists, people from the art world, so they can train to be astronauts. We want the next generation to be engaged in our projects. Maybe in 20, 40 years traveling to the moon will be a reality,” said Foing during his presentation.

He was followed by Simon Jenner, from AXIOM Space, who advanced some details of what will be the first 100% private mission to the International Space Station (ISS): “We will be building a private station, the first one in space. The first module will join the existing International Space Station in 2024. The forecast is that in 2027 the Axiom station will be independent,” Jenner announced.

For his part, Marc Heemskerk, a member of the Chill-ICE Mars analog mission, shared with the attendees details about the habitat he has brought to Marbella: “The capsule is a fairly small space, in which, among other things, there is a compartment that simulates the depressurization process that astronauts have to undergo every time they make a space trip”.

The afternoon section is focused on the underwater world with Scott Waters -Pisces VI-, responsible for the only private submersible that goes below 2,000 meters and that has been declared of strategic interest by the Ministry of Industry, Commerce and Tourism. Moreover, as a result of the activation of the La Palma volcano, interest in its tourism project has multiplied exponentially.

SUTUS 2021 will also be attended by aeronautical engineer Héctor Salvador -Triton Submarines-, the first Spaniard to descend into the Mariana Trench and an expert in tourist submarines.

The Explorers’ 4K images, the most important visual inventory of the Earth formed by a community of twelve million adventurers, will close the list of conferences.

In addition, José Mariano López-Urdiales, founder and CEO of Zero 2 Infinity, whose company wants to transport tourists to 40 kilometers of altitude by means of a helium balloon and a pressurized capsule; José María Ortega-Hernández, general coordinator of Green Moon, who is studying together with Chinese scientists how to grow seeds on the Moon; and Javier Noriega, president of the Andalusian Marine Maritime Cluster are present on this inaugural day.

Networking and the exhibition area are also being protagonists of the day in person: from the “Emergency Shelter” for ESA analog astronauts to the latest model of Tesla’s electric car, from the well-known Elon Musk; through the portable planetarium of Star City, as well as the display of the suits worn by those who have gone down to the deepest part of the sea, images of NASA and The Explorers in 4K quality, projected on 65-inch Toshiba televisions, offered by the association UHD Spain.

Experts and professionals from 43 countries from five continents are participating in this pioneering event, which is celebrating its second edition in hybrid format, including professionals and projects from:

Among the profiles accredited in SUTUS 2021 are CEOs, directors, consultants, academics and entrepreneurs. Through the virtual platform, created by Medina Media Events, virtual attendees are following the live streaming sessions, which will also be available on VOD as soon as they are broadcasted.

Extenda-Andalucía Export and Foreign Investment has organized the presence of international speakers, both face-to-face and virtual, from France, USA and Japan, in the framework of SUTUS. Extenda has also supported the participation of leading Andalusian companies such as Aertec, Solar MEMS, DHV and the Andalusia Aerospace Cluster in the event.

In addition to this first day in person, the second edition of SUTUS has a hybrid format, with a first day in person, will have two more virtual days, September 23 and 24. The three days can be followed after registration through the virtual platform of Medina Media Events, through which attendees can schedule video meetings with other participants and speakers, as well as visit exclusive online demos.

If you’re Press, ask for your pass to maria@medinamedia.net and access our Media Room for stunning videos and photos