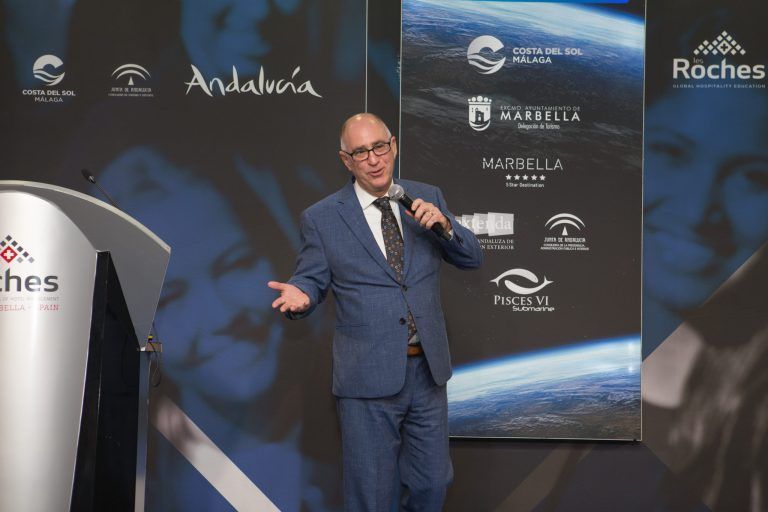 NASA has confirmed today its participation in SUTUS 2021, the world’s pioneer event on Space and Underwater Tourism, which will hold its second edition in Les Roches Marbella from September 22 to 24, coinciding with the Autumnal Equinox and in hybrid format, with a first day in person and the other two in virtual format.

Sam Scimemi, who participated in the first edition when he was Director of the International Space Station (ISS), will once again be NASA’s representative at SUTUS, although now he will do so as Special Assistant to the Associate Administrator for Human Spaceflight, based in Washington.

Scimemi has a 35-year career in human spaceflight, starting at Johnson Space Center (in Houston, Texas) and has been involved in NASA projects such as Shuttle, Hubble, Space Station, SOFIA, NPP and many others. He is now on the Moon Mars project, applying his expertise to the safety of manned missions.

This year has seen historic milestones such as the arrival of probes and robots to Mars from agencies such as NASA, China’s space agency and the United Arab Emirates; as well as SpaceX’s first private trips to the International Space Station.

Thanks to Les Roches Marbella, the leading hotel training school in our country and one of the most important in the world, SUTUS is also a meeting point for international tourism organizations and institutional bodies.

In this second edition, with a hybrid format, through the Medina Media Events platform that has been used in the 4K Summit, the 5G Forum and Extenda Global, virtual attendees and registered companies will be able to follow all the sessions by streaming and have B2B meetings among themselves and with the speakers.

SUTUS (“Space & Underwater Tourism Universal Summit”), whose slogan is “Beyond Natural Boundaries”, is a unique inspirational event worldwide, organized by Les Roches Marbella and Medina Media Events, which held its first edition in 2019, on the 50th anniversary of the arrival of Man on the Moon.