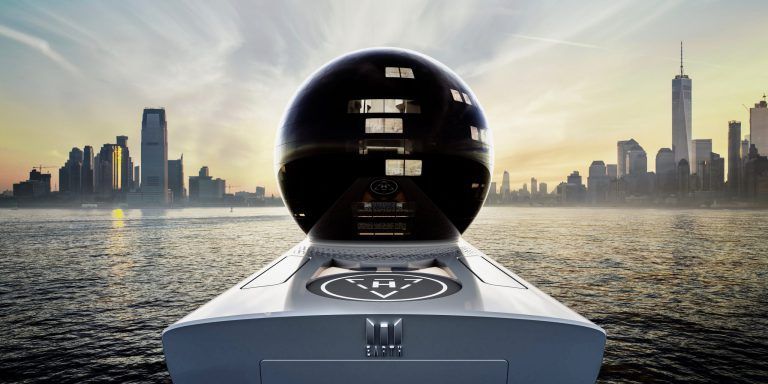 SUTUS 2021, the world’s pioneering event offering a collaborative vision of luxury tourism projects related to Space and the Oceans in the 21st century, will dedicate its third day (on Friday, September 24) to the underwater world, with leading projects from the United States, Indonesia, Italy, Spain and France, including the one by Fabien Cousteu, Jaques Cousteau’s grandson.

SUTUS (“Space & Underwater Tourism Universal Summit”) will take place in a hybrid format from September 22 to 24 at Les Roches Marbella, on the Spanish Costa del Sol, coinciding with the fall equinox, a day highlighted in the calendar since the most ancient civilizations such as the Egyptian or Mayan for the influence that the Sun has on the solar system and the tides of all the seas of the Earth.

After the first day, with the participation of the space agencies of the United States (NASA), the European Union (ESA) and Japan (JAXA), the second day will be dedicated to aerospace projects from the United States, China, Belgium and Spain, as well as the International Astronautical Federation (IAF) and the World Travel and Tourism Council (WTTC).

Fabien Cousteau, grandson of the unforgettable Jacques Cousteau, will present from Curaçao his project “Proteus”, which aims to be the underwater equivalent of the International Space Station (ISS) to house 12 scientists for a long time to take samples and study the biodiversity of the ocean.

To make the “Proteus” project a reality, Fabien Costeau estimates an investment of 135 million dollars, which they hope to raise by 2023, to have the underwater station completed approximately 36 months later, in 2026.

Another ambitious project for the study of the oceans is “Earth 300”, based in Singapur and led by Gibraltarian entrepreneur Aaron Olivera. “Earth 300” is a super-yacht project, 300 meters long, 46 meters wide and 60 meters high, to accommodate 425 people including scientists, humanists, environmentalists and tourists who will enjoy this unique experience for a million dollars dutring a ten-day stay on this futuristic “Noah’s Ark”.

After their presentations, Fabien Cousteau and Aaron Olivera will be holding a talk inspired by the future of the Planet and the necessary environmental commitment to stop damaging it.

The future of underwater tourism also involves diving among Greek and Roman ships, galleys from the Battle of Lepanto or British aircraft carriers from World War II, as will be explained by Javier Noriega, president of the Andalusian Maritime Marine Cluster, who will present the project called “Senda Azul” (Blue Path), along 180 kilometers of the Spanish Costa del Sol.

The historian and underwater archaeologist Carlota Pérez-Reverte will also be at SUTUS 2021 to talk about tourism and underwater heritage and will explain the opportunities that New Technologies offer to tourists, companies and public administrations to attract and give visibility to the submerged heritage.

Professor Michele Stefanile, from the L’Oriental University of Naples (Italy), will review the underwater tourism projects being developed in the Mediterranean, with special attention to the submerged ruins of the city of Baiae due to the Vesuvius eruptions.

Spanish engineer Héctor Salvador, who descended to a depth of 10,700 meters in the Marianas, will also talk about his personal experience on the third day of SUTUS.

Carlota Pérez-Reverte, Michele Stefanile and Héctor Salvador will then hold an informal debate on the future of underwater tourism.

In addition to this agenda of the third day, underwater topics will have a wide visibility in this second edition of SUTUS (the first was in 2019 and the 2020 edition was not held due to the COVID19 pandemic), as the agenda of the event has been extended to three and the opening day (on site) has incorporated the French audiovisual project The Explorers and those of the American submarine companies Triton and Pisces VI, which will make their own presentations.

The conferences and lectures can be followed (after registration) through the Medina Media Events Platform, which together with Les Roches Marbella organizes this inspirational and pioneering event with the participation of, among others, the American (NASA), European (ESA) and Japanese (JAXA) space agencies.