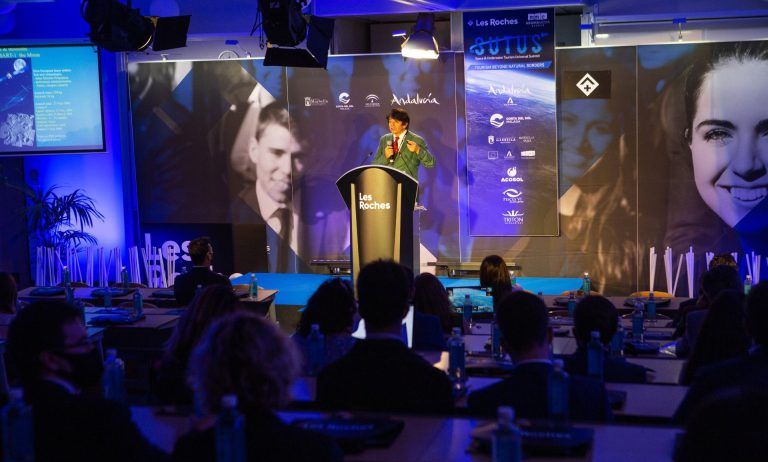 After the success of its second edition, the universal summit on Space and Underwater Tourism (SUTUS 2021), organized by Medina Media Events and Les Roches Marbella, is already preparing its third edition and confirms Costa del Sol as a world center of underwater and space tourism diffusion.

All of them have followed with great interest the top-level conferences with international space tourism speakers, such as NASA, ESA, JAXA, Axiom Space, Space Perspective, Space VIP and Space Florida, among others, to which have been added Spanish projects of great international recognition such as Zero 2 Infinity and Green Moon Project.

Also, SUTUS 2021 has had an impressive international agenda of underwater tourism with projects such as Proteus, the international space station of the sea, based in Curaçao, presented by Fabien Cousteau, eldest grandson of the emblematic Jacques Cousteau. Another of the projects presented at SUTUS 2021 was Earth 300, the futuristic superyacht, based in Singapore, which will offer luxury trips with scientists from all over the world for three million dollars, and which its CEO, Aaron Olivera, presented for the first time in Europe.

In the words of Carlos Díez de la Lastra, CEO of Les Roches Marbella: “The highlight of this 2021 edition is the opening we have made with regard to the previous year. In the number of companies, countries and importance of the projects that have come to SUTUS. In 2019 we were pioneers in putting together the main companies in the sector, and I believe that in this edition we have managed to have represented from very ambitious, expensive and exclusive projects to more affordable projects that have a different sort of approach. This has happened in both the aerospace and underwater sectors.”

SUTUS (Space & Underwater Tourism Universal Summit), organized by Les Roches Marbella and Medina Media Events, is the only international event that has jointly addressed the new frontiers that for tourism are being reached in space and the undersea.

SUTUS 2021 has been supported by the Ministry of Tourism of the Junta de Andalucía, Tourism and Planning of Costa del Sol, Council of Marbella, Extenda, Acosol, Triton Submarines and Pisces VI.

Sam Scimemi, Special Assistant, NASA Human Exploration and Operations Mission Directorate, will be the representative of the American space agency at SUTUS 2022 by Les Roches Two of NASA’s most ambitious plans will be presented: LEO and Artemis. NASA will once again be [...]
Read more
All news
We use cookies to ensure that we give the best user experience on our website. If you continue using this site we will assume that you agree.I agreePrivacy Notice