SUTUS, the pioneering event on space and underwater tourism, returns in September 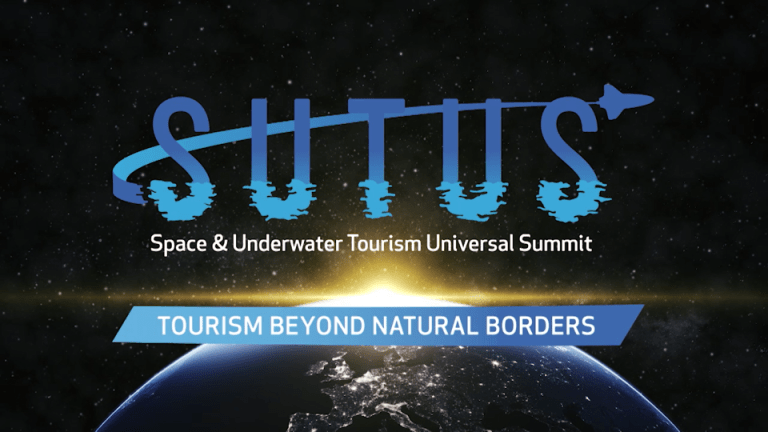 The pioneering event on Space and Underwater Tourism, which brings together leading international space agencies, will hold its second edition at Les Roches Marbella from September 22 to 24, coinciding with the Fall equinox and in hybrid format, with a first day in person and two more virtual ones.

SUTUS (“Space & Underwater Tourism Universal Summit”), whose slogan is “Tourism Beyond Natural Borders”, is a unique event worldwide, organized by Les Roches Marbella and Medina Media Events, which held its first edition in 2019, on the 50th anniversary of the arrival of man on the moon.

This year has seen historic milestones such as the arrival of probes and robots to Mars from agencies such as NASA, China’s space agency and that of the United Arab Emirates; in addition to SpaceX’s first private trips to the International Space Station.

The major space agencies, such as NASA and ESA, accepted last year’s invitation to meet once a year at SUTUS to share and explain their missions to the rest of the world. In addition, already in Spain, they take the opportunity to meet with companies from the Andalusian aerospace sector, one of the most prominent at European level, in a busy business agenda organized by the Agency for Foreign Promotion of Andalusia (EXTENDA).

The 2020 edition had to be cancelled due to the pandemic, but the organizers of the event, Les Roches Marbella and Medina Media Events, have today confirmed the dates for the second edition, which also has the support of the Ministry of Tourism of the Andalusian Regional Government, and Tourism and Planning Costa del Sol.

Thanks to Les Roches Marbella, the leading hotel training school in our country and one of the most important in the world, SUTUS is also a meeting point for international tourism organizations and institutional bodies. In this second edition, and through the Medina Media Events platform that has been used in the 4K Summit, the 5G Forum and Extenda Global, virtual attendees and registered companies will be able to follow all the sessions by streaming and have B2B meetings among themselves and with the speakers.

In addition to the audience and professionals from the aeronautical, luxury tourism and marine sectors, the platform will be joined by hundreds of Les Roches students and alumni who have studied at its campuses in Shanghai (China), Crans Montana (Switzerland) and Marbella (Spain).

These Les Roches students and alumni come from more than 100 countries and form a community of more than 13,000 members, with most of them working in luxury hotels around the world, or who have developed their own initiatives.

The Les Roches Marbella campus will also host an exhibition area where different national and foreign companies will showcase various applications related to tourism issues, as part of the commitment of the SUTUS organizers to open up the on-site experience to the advances offered by new technologies.

For the underwater part of SUTUS 2021, the agenda will include speakers from the United States, Italy, France and Spain, and will again be advised by the Andalusian Maritime-Marine Cluster, chaired by Javier Noriega.

In the coming weeks, Medina Media Events will be advancing the details of the second edition of SUTUS, whose official agenda will be published a month before the event, as well as the registration under registration for the three days, which can be followed through the virtual platform.

Due to anti-Covid measures, in-person participation will be restricted to speakers, institutions, sponsors, VIP attendees and media.