The Spanish and Chinese cooperation to create a green spot on the Moon, at SUTUS 2021 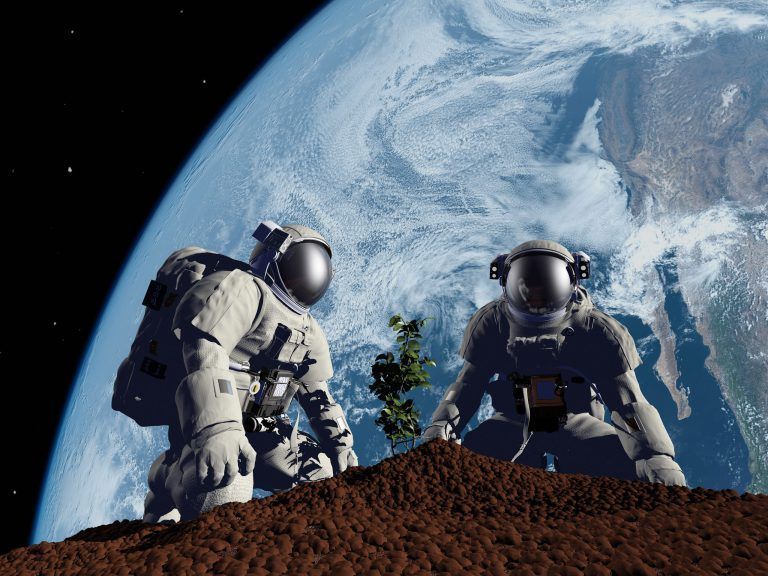 The cooperation of China and Spain to make the Moon a “green” place, within the Green Moon Project, will be visible at SUTUS 2021, the event on space and underwater tourism that will take place from September 22 to 24 in Les Roches Marbella, coinciding with the fall equinox.

Chinese and Spanish scientists are exploring the potential ways of growing seeds on the Moon, where gravity is six times lower than on Earth. The aim is to germinate edible plants, vegetables and fruits, in addition to producing oxygen by using the existing on site resources to facilitate human life on the lunar surface and atmosphere.

Dr. Dan QIU, from the Center for Space Exploration (COSE), under the Ministry of Education and the Chinese National Space Agency (CNSA), will be in charge of explaining at SUTUS 2021 this Spanish initiative, called “Green Moon Project”, which is being developed together with a group of researchers, led by the aeronautical engineer José María Ortega-Hernández, from Málaga.

A good understanding of how cultivation works in these places is very important for establishing future human bases on the Moon or Mars, since plants will be the greatest allies of human beings there.

Therefore, Green Moon Project studies the germination of seeds and the growth of plant stems under the effects of lunar gravity, as well as the importance of this to support and sustain future human exploration and space tourism. Having grown from a university project, it has become a professional enterprise supported by multiple institutions related to the field of biology, geology and Space.

“Human beings are going to become interplanetary species and have to be sustainable through cultivation itself. It is a necessity. There will be no other choice and that is why we will have to be prepared with all the knowledge that will be acquired by then,” Ortega-Hernández remarks.

This engineer from Málaga, who has been leading the Green Moon Project team since 2016, will participate in SUTUS 2021 together with Dr. Dan QIU, from the Center for Space Exploration (COSE), which, affiliated to Chongqing University, signed in 2019 an agreement with Ortega-Hernández’s team that allows Spanish scientists and engineers to participate in future space missions in China.

The multidisciplinary team that comprises this project is currently performing experiments with basaltic rocky substrate of volcanic origin from the island of Lanzarote (Spain), which supports both this and other projects carried out by Green Moon Project.

China does already have experience in lunar cultivation. Moreover, its importance and progress in the space industry is growing steadily, and Spain, thanks to Green Moon Project, is having the opportunity to take part on it.

NASA is currently using unmanned supply ships to send food to astronauts on the International Space Station (ISS) and has launched competitions for ideas to advance in this field of off-Earth agriculture.