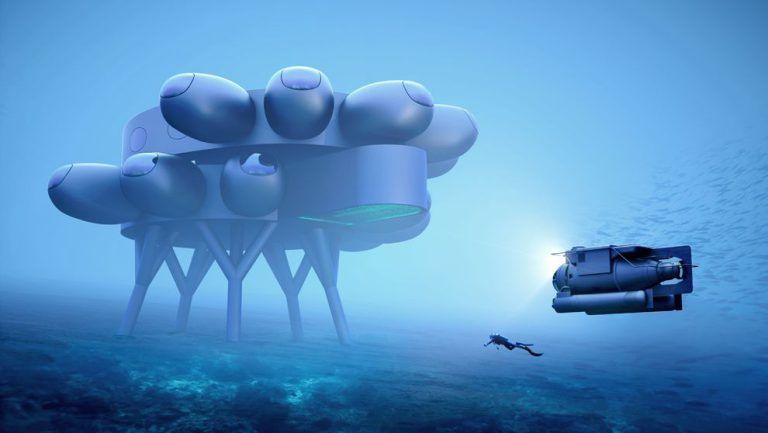 “There is no plan B and there is no such thing as Planet B. We must invest in our ocean now, to ensure a healthy planet for future generations” proclaims Fabien Cousteau, grandson of the legendary French adventurer Jacques Cousteau.

Fabien Cousteau, who shared as a child with his grandfather and his parents his first experiences in the Mediterranean with the Calypso, has made this statement on the third day of the summit on space and underwater tourism, SUTUS 2021, organized by Medina Media Events and Les Roches Marbella, which has had leaders in underwater tourism and ambitious projects worldwide, who see in the Mediterranean the ideal place to carry them out.

The eldest grandson of Jacques Cousteau has presented at SUTUS 2021 his project Proteus, the international space station of the sea, based in Curaçao, “it is here to make sure we reach those goals,” he stressed.

Another of the projects presented at SUTUS 2021 was Earth 300, the futuristic superyacht, based in Singapore, which will offer luxury trips with scientists from all over the world for three million dollars, and which has been presented for the first time in Europe. Its CEO, Aaron Olivera has announced that they plan to “build 7 underwater locations around the world: one of them will be in the Mediterranean”. This superyacht will have a community of 160 multidisciplinary scientists and 22 laboratories on board, as well as crew and luxury tourists.

Both Aaron and Fabien emphasize that underwater exploration, as well as underwater tourism, “will soon be accessible to the general public”.

For its part, Triton Submarines, led by the Spanish engineer who descended to 10,700 meters in the Mariana Trench, has pointed out that no previous training is necessary to travel in one of its submersibles, “We are working on making it accessible to the general public”.

SUTUS 2021 has also counted in its third and last day with the director of innovation, education and investment of the World Tourism Organization, Natalia Bayona, who has emphasized that “the oceans have always been the main ‘friends’ of tourism”.

In addition, the underwater archaeologists Carlota Pérez-Reverte, from the University of Cadiz; Michele Stefanile, from the University of Naples and Javier Noriega, from the Andalusian Maritime Marine Cluster, who has presented the Costa del Sol ‘Senda Azul’ (Blue Path) project, have also participated and concluded that “tourism and heritage are two of the most important and interesting things that Europe has to offer”.

SUTUS 2021 has the support of the Ministry of Tourism of the Junta de Andalucía, Costa del Sol Tourism and Planning, Marbella Town Hall, Extenda, Acosol, Triton Submarines and Pisces VI.

The agenda for the three days is available on the official website of SUTUS.

If you’re Press, access our Media Room for stunning videos and photos