Training for space tourists of Nancy Vermeulen, at SUTUS 2019 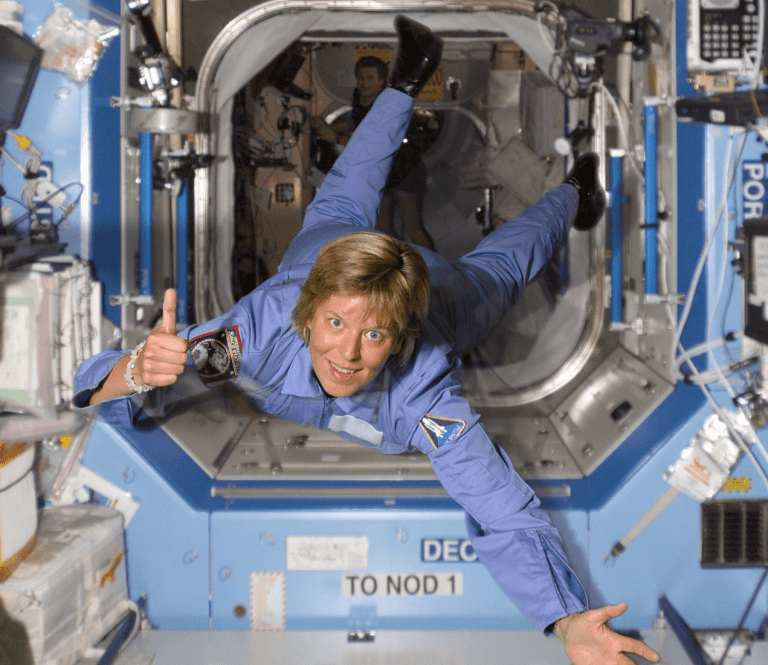 Nancy Vermeulen, founder of the “Space Training Academy”, is the second woman to join SUTUS 2019.

Nancy Vermeulen is a physicist, an airline pilot and “trainer-coach”, and comes from Belgium to share her experiences and her work in the “Space Training Academy”, a prestigious academy that prepares future space tourists.

The idea of organizing “Space training” started in 2009-2011 with an introduction training for a potential client of Virgin Galactic and a “parabolic flight contest” which she organized for the Belgian Radio and Television.

As a “trainer-coach”, at the “Space Training Academy”, Nancy trains future space tourists before they begin their great adventure, offering them the opportunity to feel weightlessness as an astronaut during a “zero gravity flight” or experience a realistic space flight with a beautiful view of the Earth in a space simulator during the “Astronaut for a Day” program.  This is the closest approximation, there is, of a real space flight.

A SINGLE GOAL: TO BE AN ASTRONAUT

In 2008, it was finally time. Her space adventure could begin! Nancy was able to participate in theEuropean Space Agency’s stringent astronaut selection process. Only one in ten candidates was female. To prepare for the extensive astronaut training program, Nancy Vermeulen learned scuba diving and followed a high-altitude training.

In 2011, Nancy Vermeulen personally met one the greatest pioneers of the commercial space travel industry, Sir Richard Branson, founder of Virgin Galactic, which offers space voyages. Sir Richard inspired Nancy Vermeulen not only to apply her knowledge and expertise to science, but to share it with the public at large too. Nancy Vermeulen is now a highly sought after speaker on international platforms.

Bringing the universe closer to people and vice a versa, that is Nancy Vermeulen’s personal mission. For that reason, Nancy was the first in Europe to develop a non-governmental training program in which prospective space travellers can prepare themselves for a space travel. In 2011 was the kick-off, when Nancy Vermeulen gave training to a future commercial astronaut of Virgin Galactic.

In the meantime, Nancy Vermeulen became a flight instructor for professional airline pilots and an aerobatics pilot. She also took courses in personal coaching and obtained a certificate as “life coach”.

“SUTUS” is a unique and exclusive event, which will be held in a privileged environment, such as Marbella and the Costa del Sol, and which will coincide with the Autumn Equinox. The aim of “SUTUS” is to bring together leading companies in the field of Luxury Tourism and share business opportunities.