USA, China and EU space projects will be the main focus of the second day’s agenda at SUTUS 2021 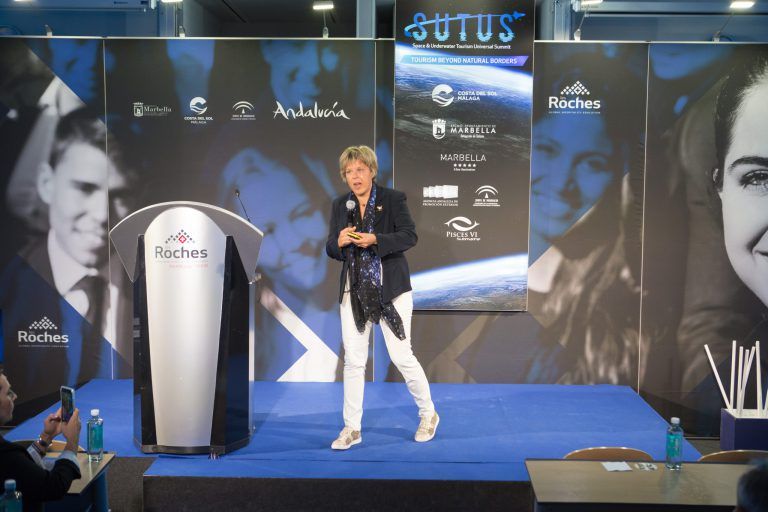 Space companies and projects from the United States, China and the European Union will lead the agenda during the second day of the international summit on space and underwater tourism SUTUS 2021, to be held at Les Roches Marbella to coincide with the fall equinox, between September 22 and 24.

For the second day, Thursday, September 23, the organization has prepared a first class agenda. It includes views on luxury tourism worldwide, the state of the aerospace industry, the preparation of space tourists, the agenda of major companies for the upcoming months and years, as well as two Spanish projects, one business and one scientific with China, which are at the forefront of the world.

The second day, which after the first one will be virtual, will be inaugurated by Maribel Rodriguez, vice-president of the World Travel and Tourism Council (WTTC), who will explain to SUTUS 2021 attendees the vision that this association, which brings together the world’s leading hotel chains, has on space and luxury underwater tourism.

Professor Susana Garrido, director of the Digitalization programs at Les Roches Marbella, will then speak on “Innovation and the New Frontiers of Tourism”.

Les Roches is a world-leading Swiss university institution that prepares luxury hotel managers from around the world, with campuses in Shanghai (China), Crans Montana (Switzerland), London (Great Britain) and Marbella (Spain), where the event is being held in conjunction with Medina Media Events.

The president of the International Aeronautical Federation (IAF), Austrian Professor Pascale Ehrenfreund, will give a broad overview of all the missions currently being carried out in search of life in the Solar System, some of which are little known.

Professor Ehrenfreund, who is not only a biologist but also an astrophysicist, will report on the conclusions of the GLEX convention held in June in St. Petersburg (Russia) by representatives of the 71 IAF member countries and will outline the major topics to be discussed in October at the International Congress in Dubai (United Arab Emirates).

Tony Gannon, Space Florida’s Vice President for Innovation, will then speak from Cape Canaveral about all the projects carried out this year by companies such as Space X, Blue Origin and Virgin Galactic, as well as the scheduled flights to the Moon and Mars in the following months and years.

In addition, the director of the Space Training Academy, Belgian Nancy Vermeulen, will explain the different options that candidates have to appropriately prepare themselves for flights into space.  Vermeulen, who is also a lecturer and book author, is based in Holland, where the training of future private astronauts takes place, and collaborates with the European Space Agency’s Euro Moon Mars project.

One of the most successful luxury travel agencies worldwide, “Roman & Erica” is based in New York. Roman Chiporoukha, co-founder and CEO, will also participate in SUTUS 2021 to tell about the different travel options they offer, and especially their agreement with Axiom Space to take tourists to the International Space Station (ISS). The first journey will be in early 2022 and the commander will be the Spanish-American Michael López-Alegría, a NASA’s legend.

Two Spanish projects will close the second day of SUTUS 2021. The first one is a business project and the second one is a scientific project in collaboration with China.

“Zero 2 Infinity” is a business project launched in 2009 by aeronautical engineer José Mariano López-Urdiales to take tourists to 40 kilometers of altitude using a helium balloon and a pressurized capsule, which in six hours trips will allow them to have an experience of Earth “overview”, at much more affordable prices than those offered by Virgin Galactic, Blue Origin or Space X rockets.

The Spanish-Chinese scientific project “Green Moon” is working on the plantation and germination of vegetables and fruits on the surface of the Moon to supply the astronauts who are going to settle permanently on the Earth’s satellite.

The Malaga-born engineer José María Ortega-Hernández and the Chinese professor Dan Qiu, attached to the China Center for Space Exploration (COSE), will present their work at SUTUS 2021, which adds the participation of the Asian giant to its official agenda.

The third day of the event will take place on Friday, September 24 and will be dedicated to underwater tourism, with representatives of pioneering projects from the United States, France, Indonesia, Italy and Spain.

To check the official agenda, please visit this link.