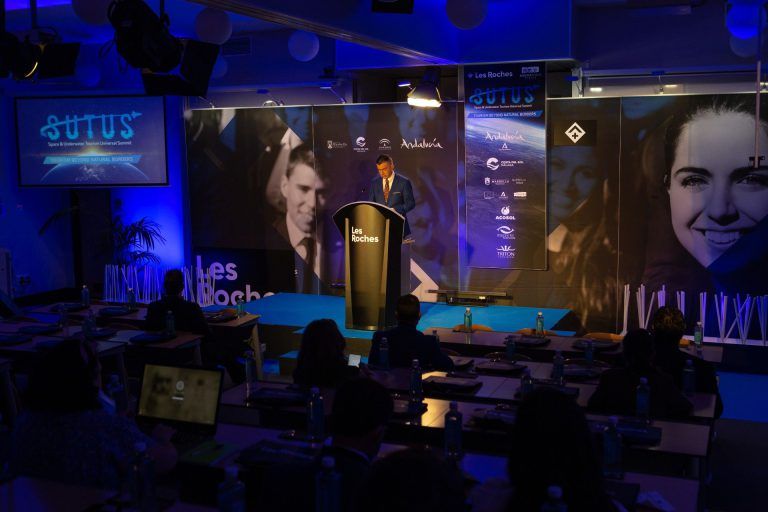 In the 2021 edition, SUTUS was attended by representatives of the world’s most innovative projects linked to space and ocean exploration, as well as luxury tourism.

The Space & Underwater Tourism Universal Summit (SUTUS) will celebrate its third edition, which will take place in Marbella from September 28 to 30. This was announced today by its organizers, Les Roches Marbella and Medina Media Events, as a follow-up to the success of last year’s edition, which was attended by 500 professionals and top-level academics from 43 countries.

SUTUS (Space & Underwater Tourism Universal Summit) is a world pioneer event on space and underwater tourism. This international event has managed to bring together space agencies such as the American NASA, the European ESA, the Japanese JAXA and the Chinese CNSA, as well as experts of the level of Fabien Cousteau (grandson of the legendary Jacques Cousteau).

“In 2022 we want to increase the number of space agencies, companies and projects that are involved in bringing luxury tourism beyond the borders so far dominated by human beings,” said Carlos Díez de la Lastra, general manager of Les Roches Marbella.

Les Roches is a Swiss academic institution which, at its campuses in Marbella (Spain) and Crans Montana (Switzerland), prepares its students to be the next directors of luxury hotels on five continents.

“The 2022 edition of SUTUS will also have a hybrid format, with the inaugural day at the Les Roches Marbella campus and two more virtual sessions through our events platform. The face-to-face agenda allows us to network; and the virtual one, to offer the international community the vision of the participation of top-level multidisciplinary speakers who cannot travel to Marbella in person,” says Ricardo Medina, CEO of Medina Media Events.

The media impact of SUTUS, because of the uniqueness of this summit, is one of the main strengths of this event. SUTUS attracts once a year those interested in global luxury tourism to update their projects, visions and missions to space and underwater, such as the “Senda Azul” project on the Costa del Sol, Fabien Cousteau’s “Proteus” in the Caribbean and the “Earth 300” project promoted from Singapore. In addition, SUTUS 2021 brought together leading space tourism companies such as the U.S. companies Axiom Space, Space Perspective, Space VIP and Space Florida, and Spanish projects as Zero 2 Infinity and Green Moon Project.

SUTUS has successfully positioned Andalusia on the map and on the international agenda of luxury space and underwater tourism, with the support of Extenda, the Ministry of Tourism of Junta de Andalucía, Tourism and Planning of Costa del Sol, Council of Marbella and Acosol, among other sponsors.

Throughout the upcoming months, the organizers will be announcing the new features of SUTUS 2022 (www.sutusummit.com) to complete the agenda of the event. The first edition in 2019 was completely face-to-face, in 2020 it had to be suspended by Covid and in 2021 SUTUS premiered the hybrid format that successfully met the expectations of sponsors, participants, speakers, entrepreneurs and the university community of tourism.

Sam Scimemi, Special Assistant, NASA Human Exploration and Operations Mission Directorate, will be the representative of the American space agency at SUTUS 2022 by Les Roches Two of NASA’s most ambitious plans will be presented: LEO and Artemis. NASA will once again be [...]
Read more
All news